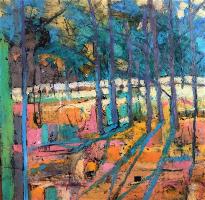 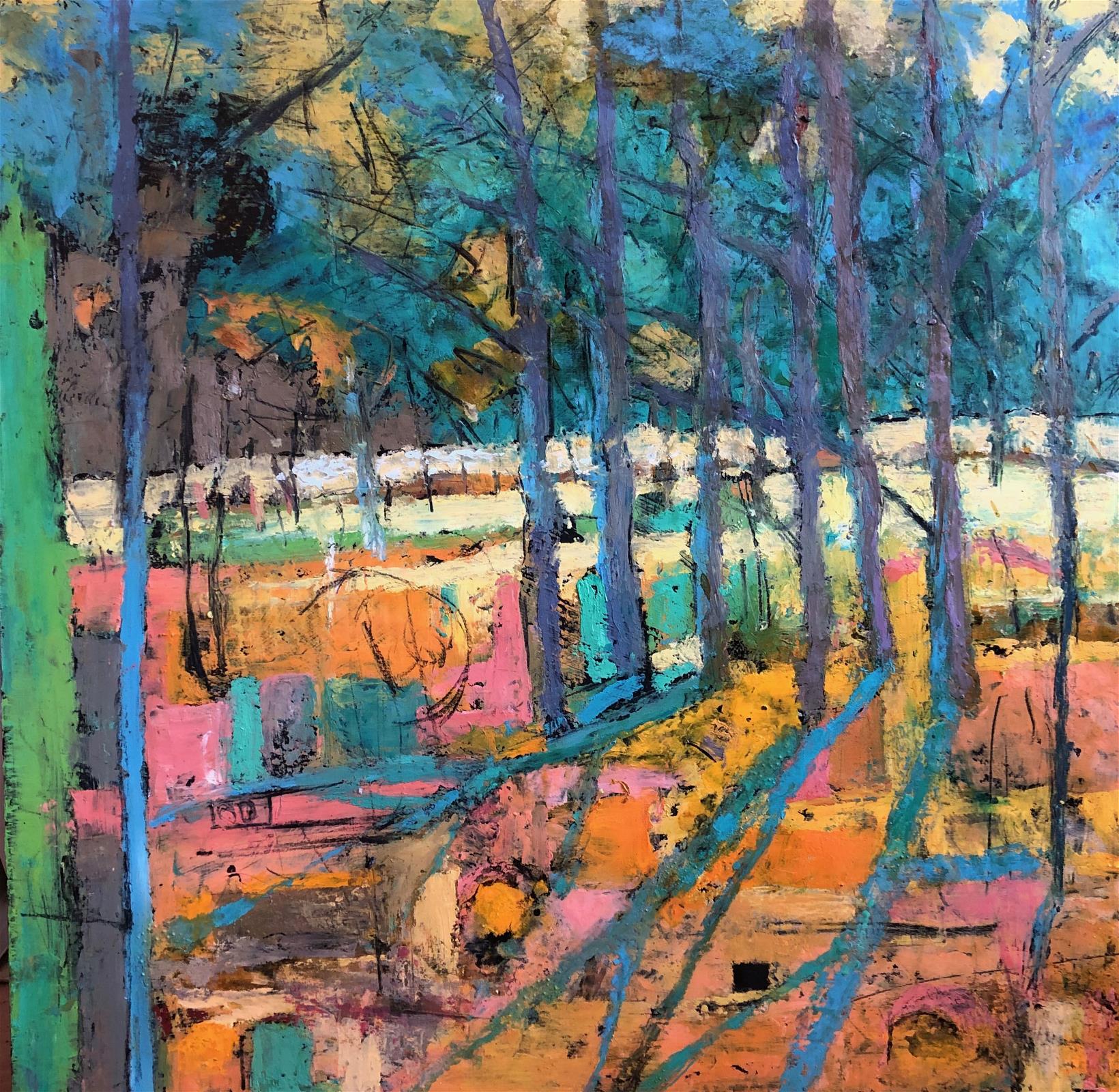 This piece is an interpretation of Tor Woods near where I live in Somerset.  Starting with a sketched image, the colours are worked up in layers of cold wax, which is heated in order to fuse other materials such as ink or charoal to the surface.  The painting still retains the sense of light and the hot summer which inspired it in 2018.

Heat Through Trees by Rebecca Barnard

Heat Through Trees by Rebecca Barnard

For Rebecca Barnard, the physical process of making an image is as important to Rebecca as the emotion evoked by the outcome.  She continues to experiment with different media and subject matter, but remains fundamentally rooted in nature.

Rooted in the land, each piece has its own palette and story.  Most of the works are completed in the studio, with its facilities; a hob to melt wax for encaustic, running water, mountains of gathered objects and materials, allowing the the work to evolve and form over time.  The West Country and Pembrokeshire are often centres of inspiration, but the visual world provides motivation to make marks wherever she travels.

“My work comes from an organic place.  The earthy landscape combined with the elements from which it is made are what compels me to create.  To feel the texture and structure of a weathered object, or see the effects of the forces of our natural world at work, is like hearing a siren call to recreate it using my hands, paint, the materials around me.  To me, these things are thrilling and when combined with the instinct to make; the whole is irresistible.”

Rebecca Barnard lives and works in Somerset and, alongside her own practice, also curates exhibitions with her business partner at Heritage Courtyard Gallery and Studios in the centre of Wells.  She also teaches oil painting and cold wax technique as part of the educational programme within the gallery.

Somerset based artist, Rebecca Barnard, was born in 1961 and has roots in agriculture and arable farming.

Rebecca's childhood years brought her very close to the countryside. She drew the landscapes around where she lived in as soon as she was able and is still primarily attracted to the light and seasonal changes which were such an innate part of her life as a child.  After early adult years living, working and painting mainly landscapes in both Europe and Australia, she later attended the Heatherley School of Fine Art but is largely self taught.

Rebecca exhibits widely and her work is now in private collections throughout the UK and internationally, including USA, South Africa, Australia, New Zealand and Egypt.

Artists & Illustrators Artist of the Year