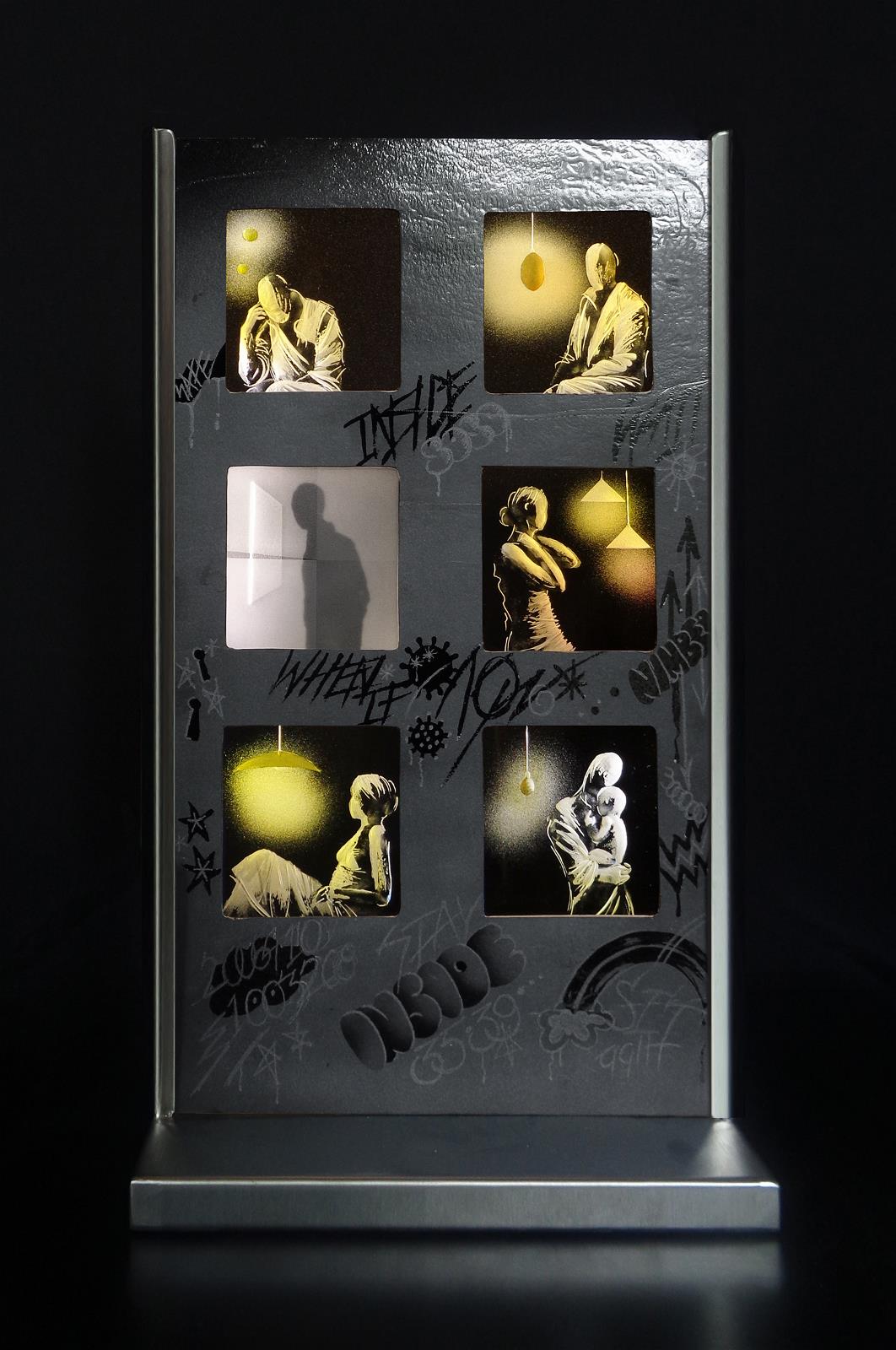 Created during the 2020 lockdown. Each figure is isolated in its own space. 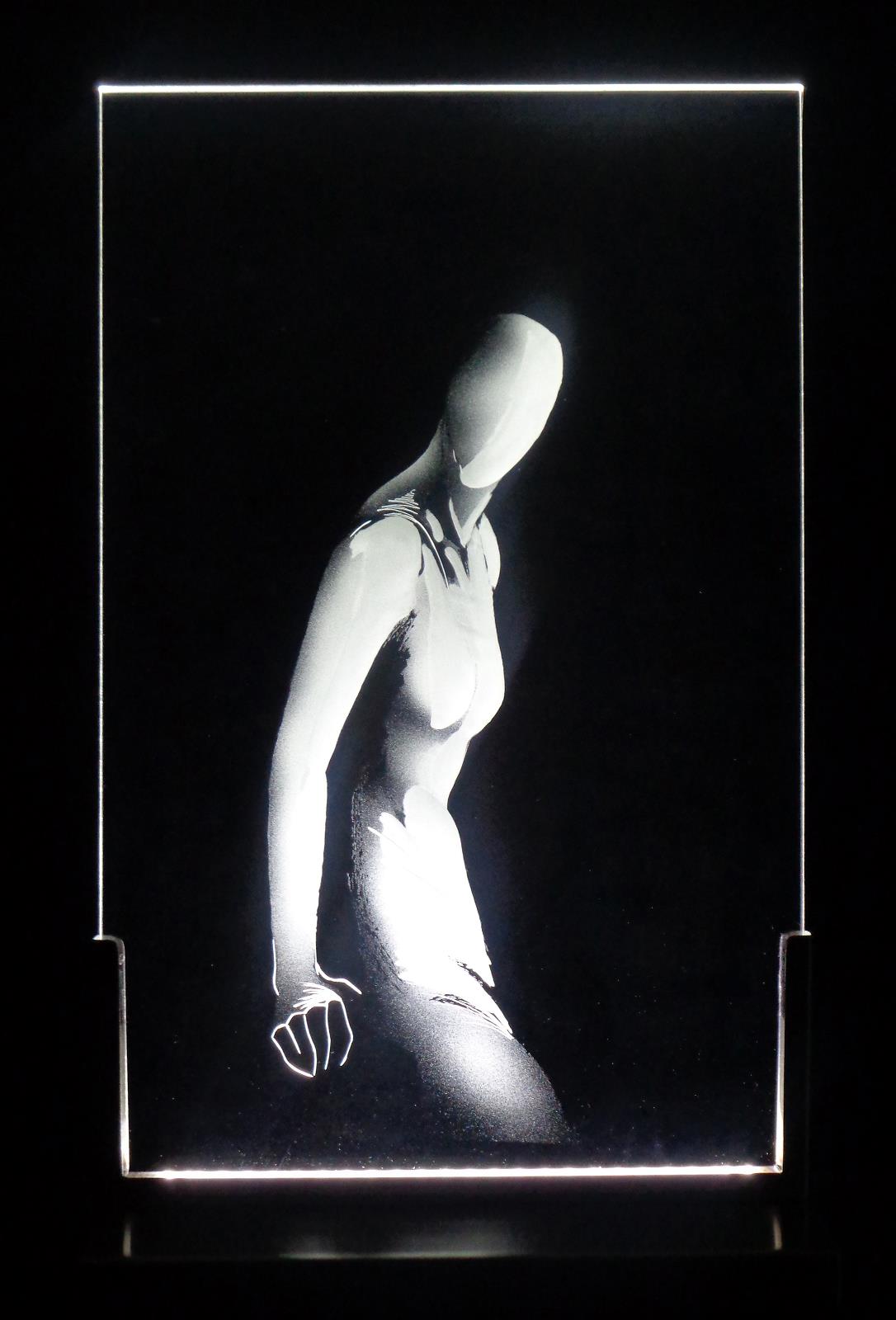 A simple figure in a moment of stillness.

Alison Kinnaird has an international reputation as a visual artist and musician. She works primarily from her home and studio, a converted church near Edinburgh, Scotland.

One of the world's leading glass artists and engravers, with work in public, royal and private collections throughout Europe, America and the Far East, Alison's glass ranges from small intimate pieces to large-scale architectural installations which incorporate light and colour. A recipient of many awards and winner of many competitions, her creative contribution was recognized in 1997, when she was presented with an M.B.E. for services to art and music.

Alison is also one of the foremost exponents of Scottish harp music, playing both gut and wire-strung Scottish harps. She was the first player to make a recording of Scottish harp music, and co-wrote (with Keith Sanger) 'The Tree of Strings', a history of the harp in Scotland, as well as producing many other recordings and printed collections of music. She is much in demand, at home and abroad, as a performer, a lecturer, and teacher in both her fields.