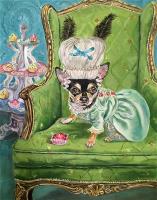 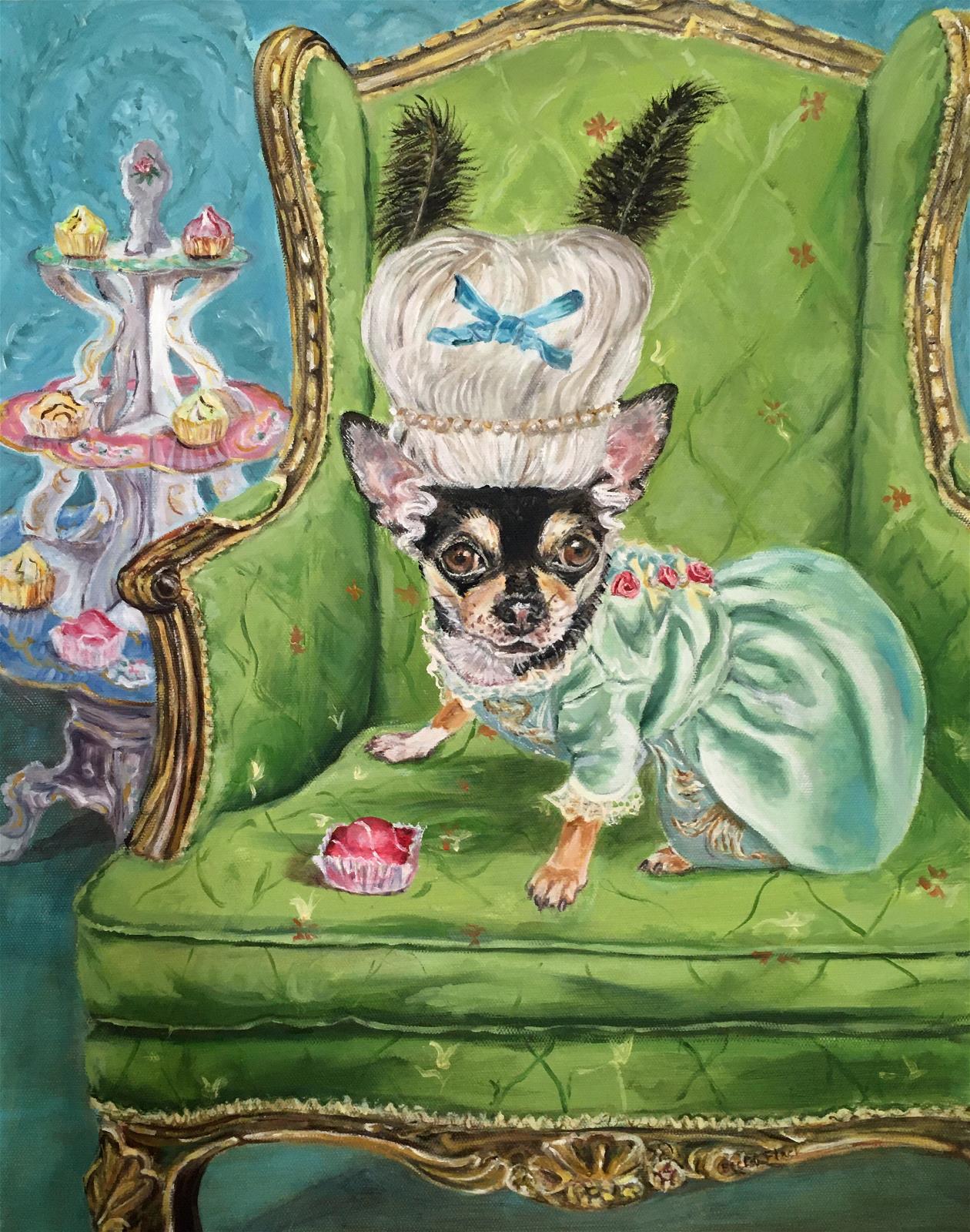 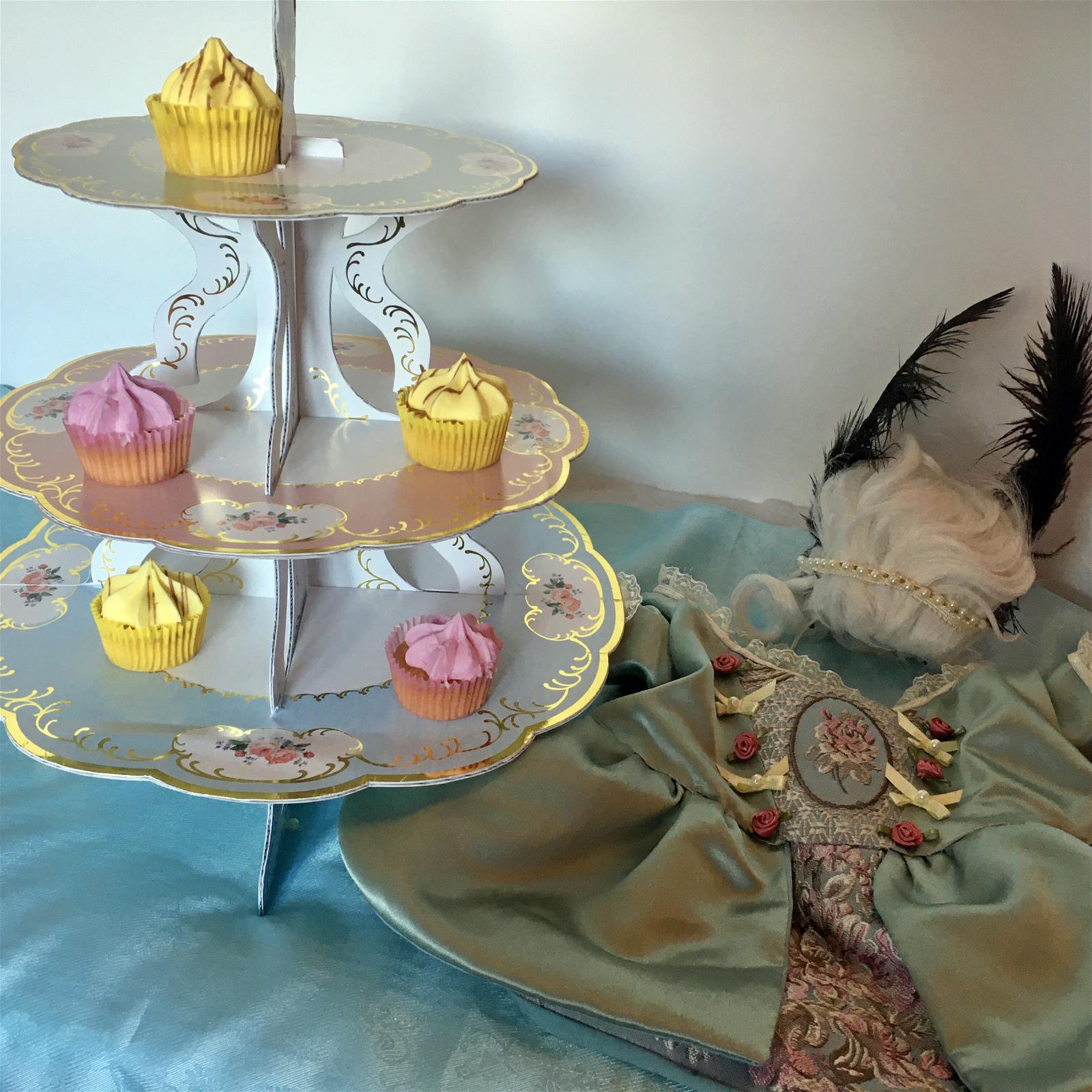 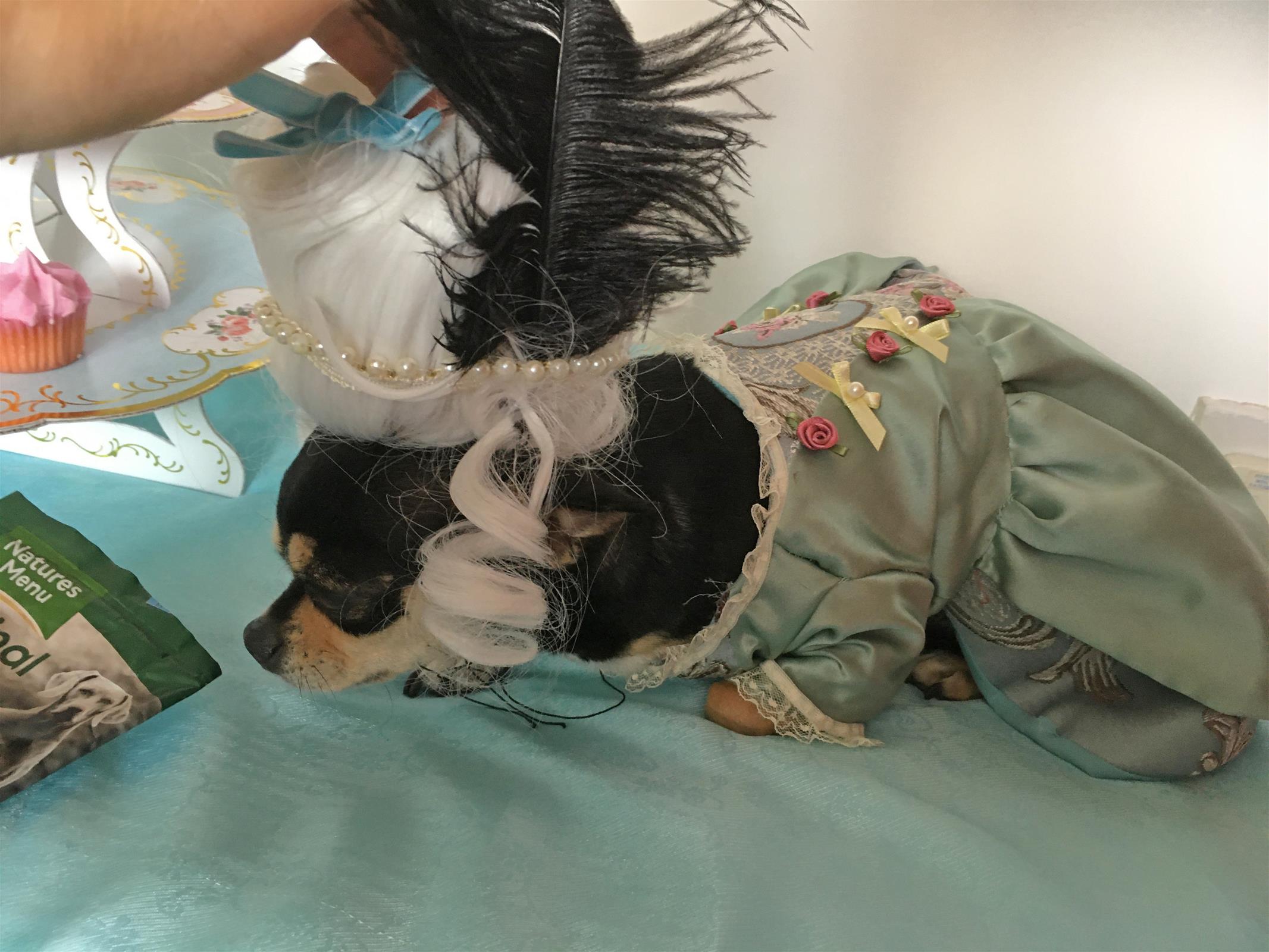 The Protagonist of all Becki's oil paintings is Tita Petita Chihuahua. Tita becomes characters in an entire Other Surreal World, that she has created for her. She often portrays or pays tribute to Famous Women, and in this piece is Marie Antoinette. The World of Tita is so complete, that Becki made her dress and wig for her to wear. This is part of her creative process. Then she photographed her and painted from several of the photos. Tita doesn't mind wearing the clothes and offers the left paw first to go in the clothes, and then the right. Becki created the background by sourcing the props as if for a play or film, to give as much authencity as possible. This is the way she generally works now for her paintings.

Marie Antoinette never said, "Let them eat cake!" which is a phrase associated with her and Becki was under the misapprehension that she did. She was also under the impression that French Fancy cakes were from France,. They were infact created in the UK in the1960s by Rank Hovis McDougall, and then marketed in 1967 as Mr Kipling's (a ficticious character) exceedingly good cakes! Becki ate them as a child growing up in the 70's & 80's. They featured in the photos and then the painting, as they were small Tita sized cakes. The Title 'French Fancy' refes to the cake as well as the fantasy of Tita being Marie Antoinette.