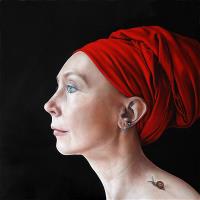 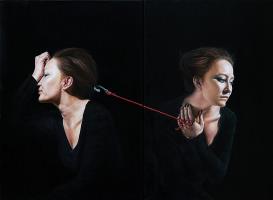 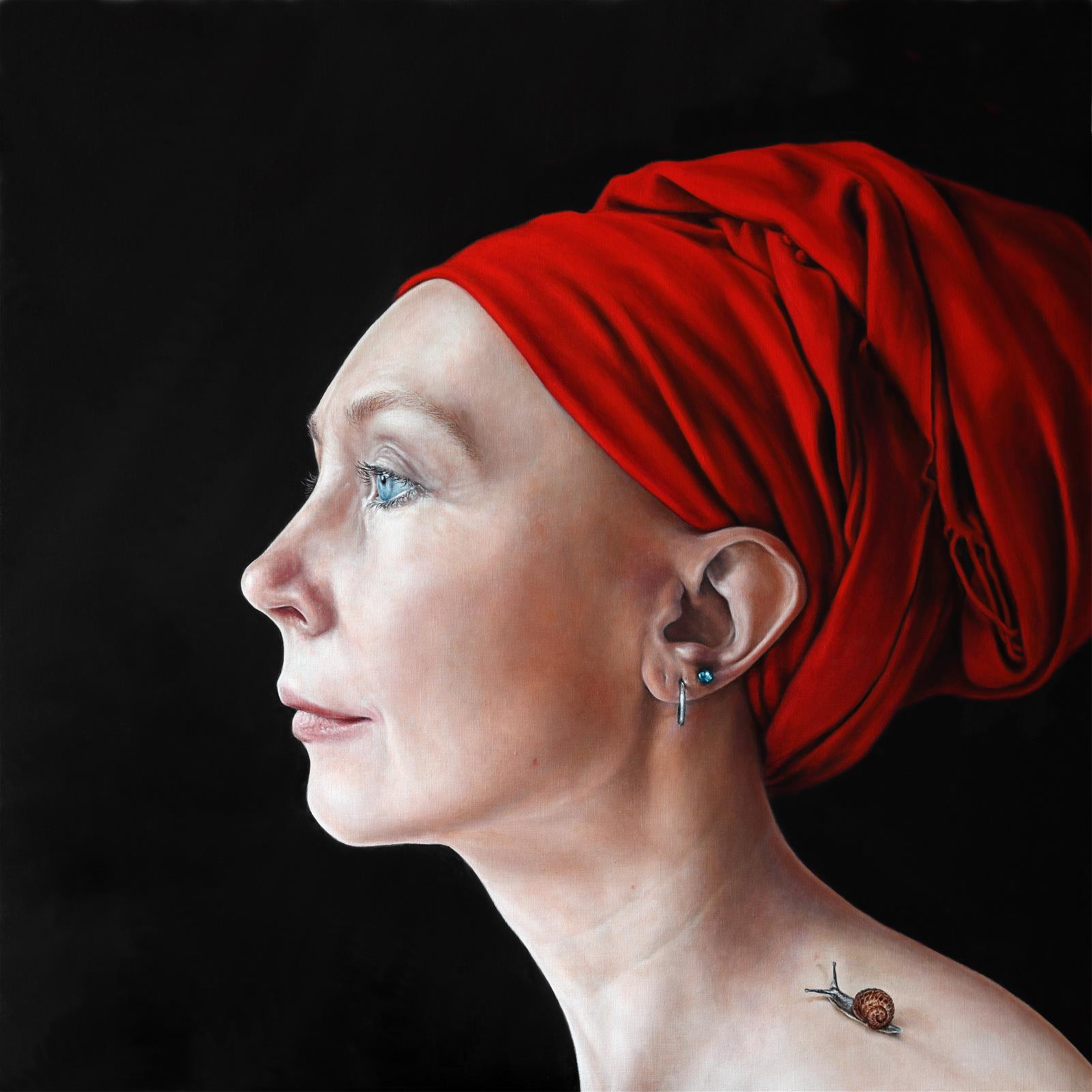 This painting is about Time. What we are for eternal time? Only snails on the slope.

The title is after famous Kobayashi Issa's poem/haiku ‘O Snail’ where only three beautiful lines filled in with profound meaning:

Snail on the Slope by Arina Gordienko

Snail on the Slope by Arina Gordienko 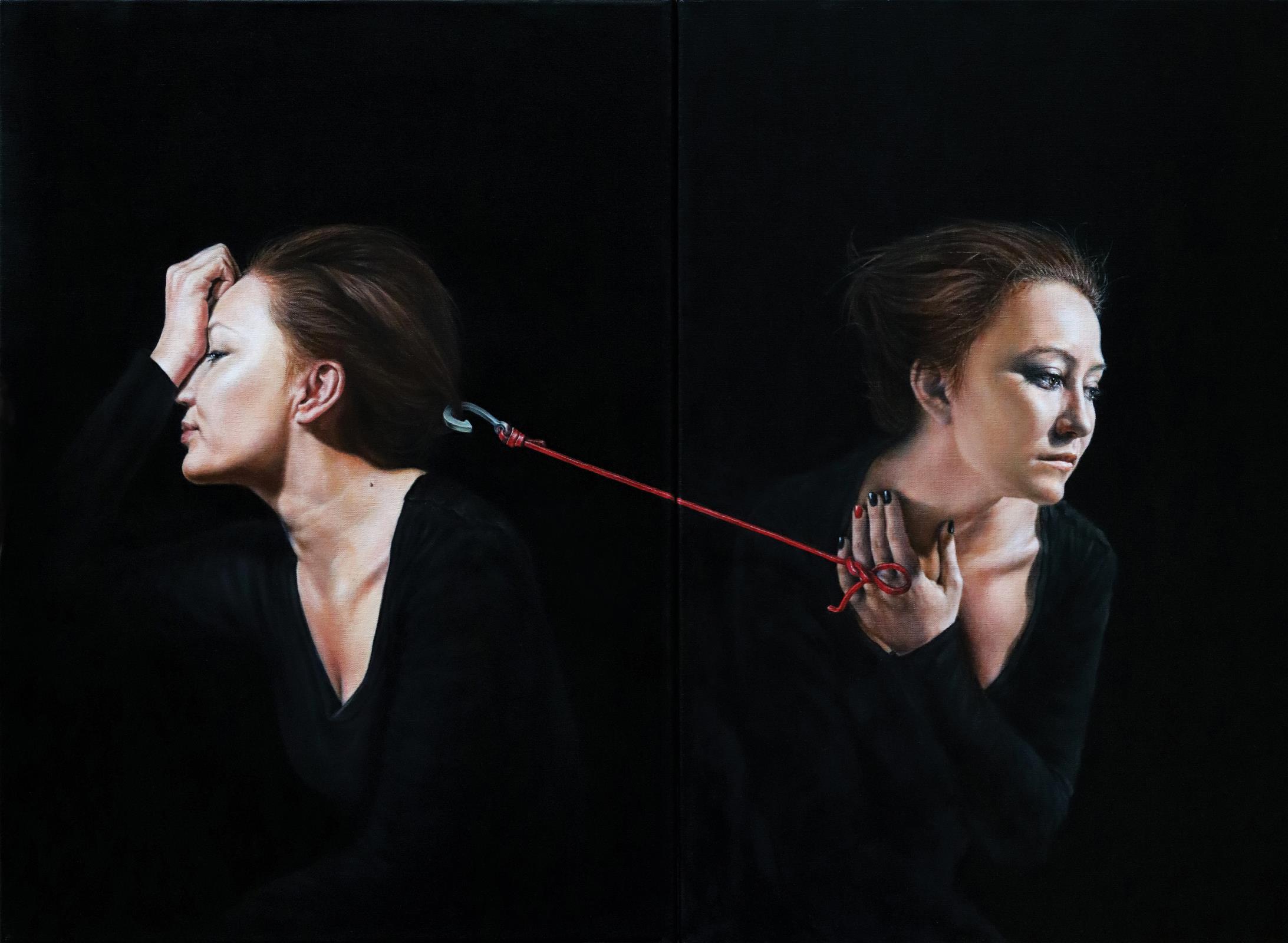 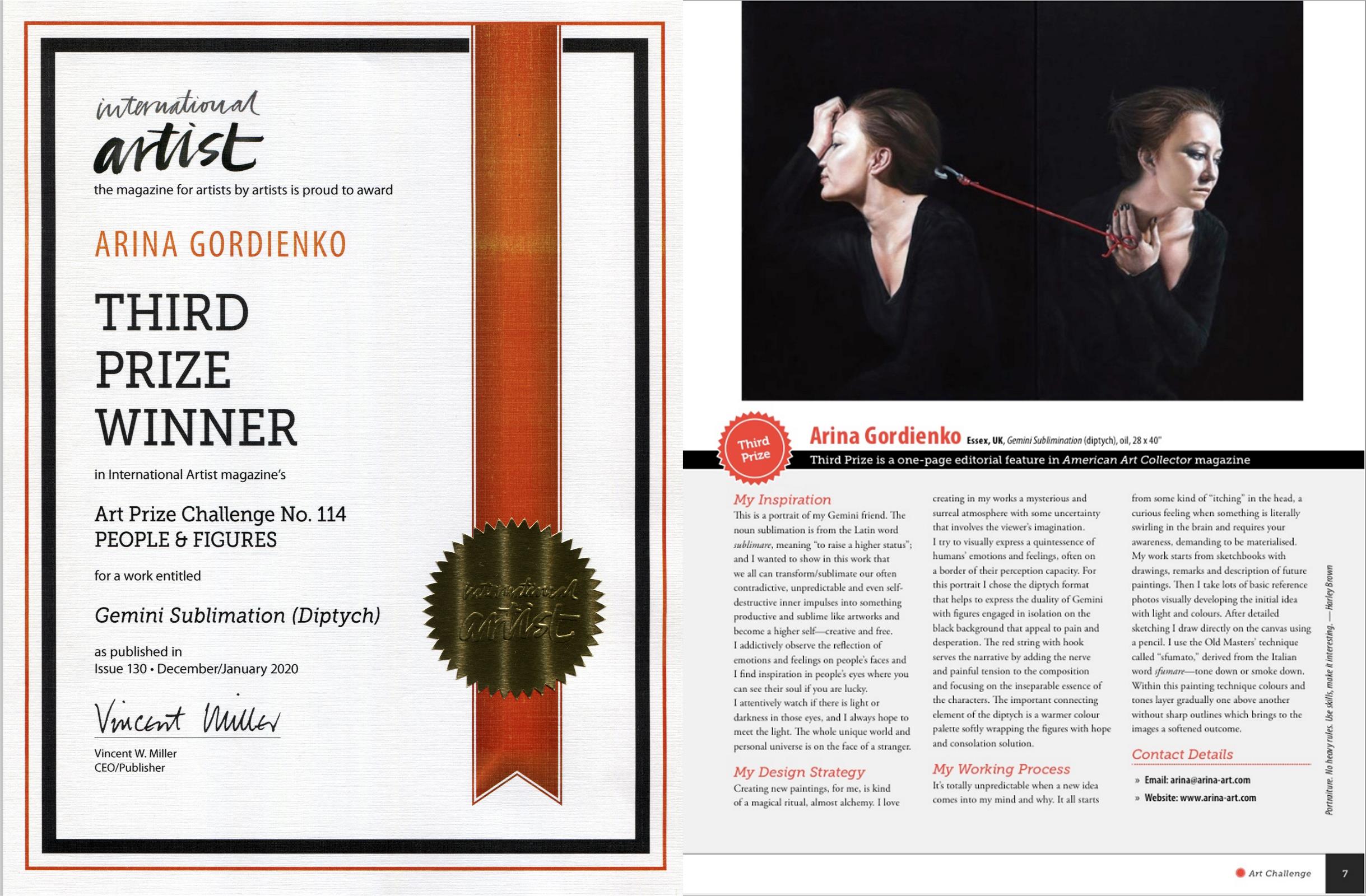 The noun sublimation is from the Latin word sublimare, meaning ‘to raise a higher status’; we can transform/sublimate our often contradictive, unpredictable and even self-destructive inner impulses into something productive and sublime like art works and become a higher self - creative and free. I try to visually express a quintessence of humans’ emotions and feelings, often on a border of their perception capacity.

For this portrait I chose the diptych format that helps to express the duality of Gemini with figures engaged in isolation on the black background that appeal to pain and desperation. The red string with hook serves the narrative adding the nerve and painful tension to composition and focusing on inseparable essence of the characters. The important connecting element of the diptych is warmer colour palette softly wrapping the figures with hope and consolation solution.

Arina is dedicated to realistic traditions in painting working in Renaissance masters ‘sfumato’ technique yet inserting into her works her own contemporary essence. Her works involve viewer emotionally and intellectually, they consistently enrolled with strong emotional impact, an intellectual riddle and philosophical content.