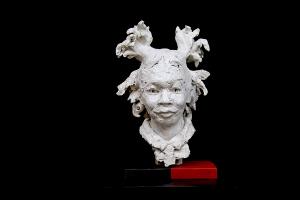 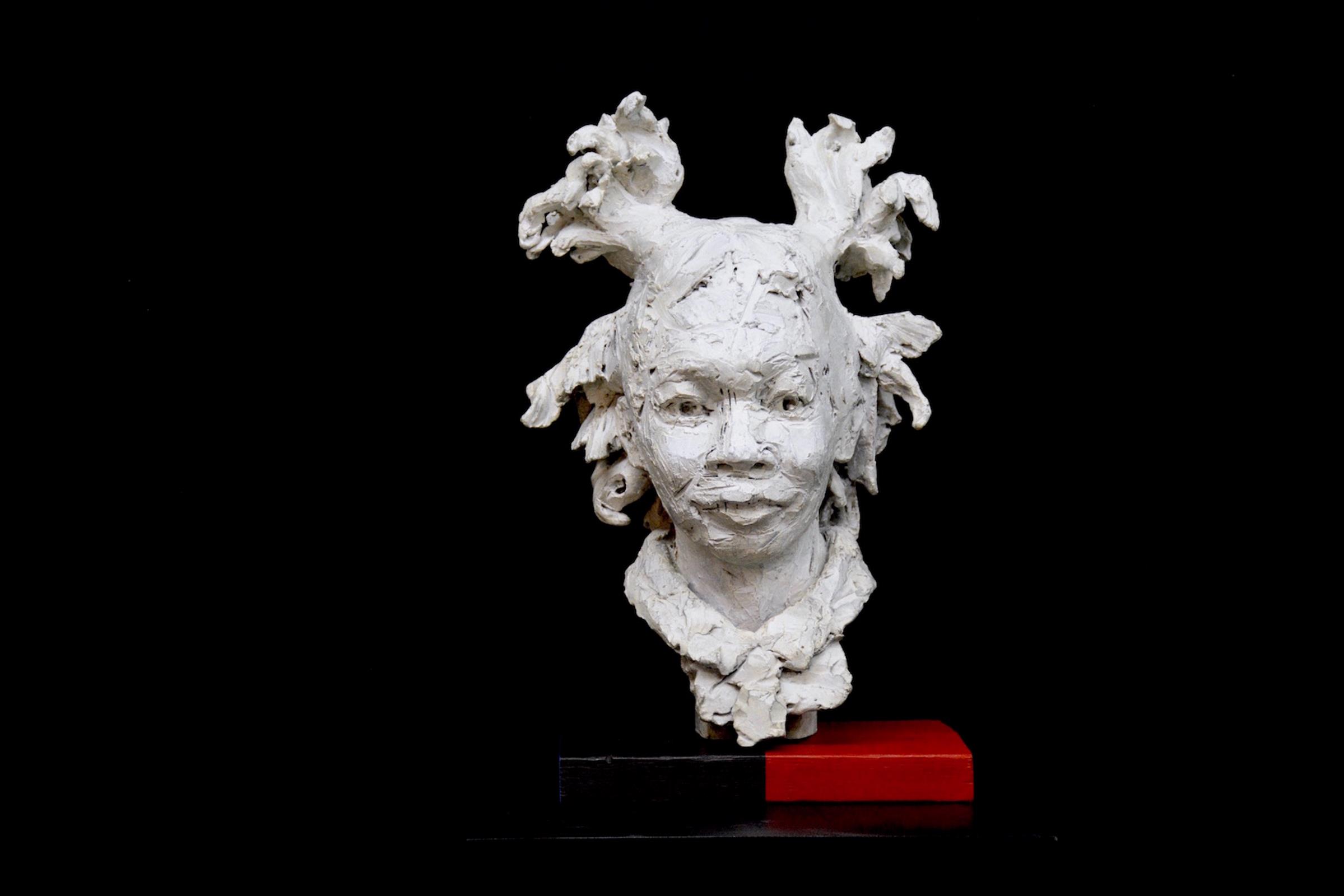 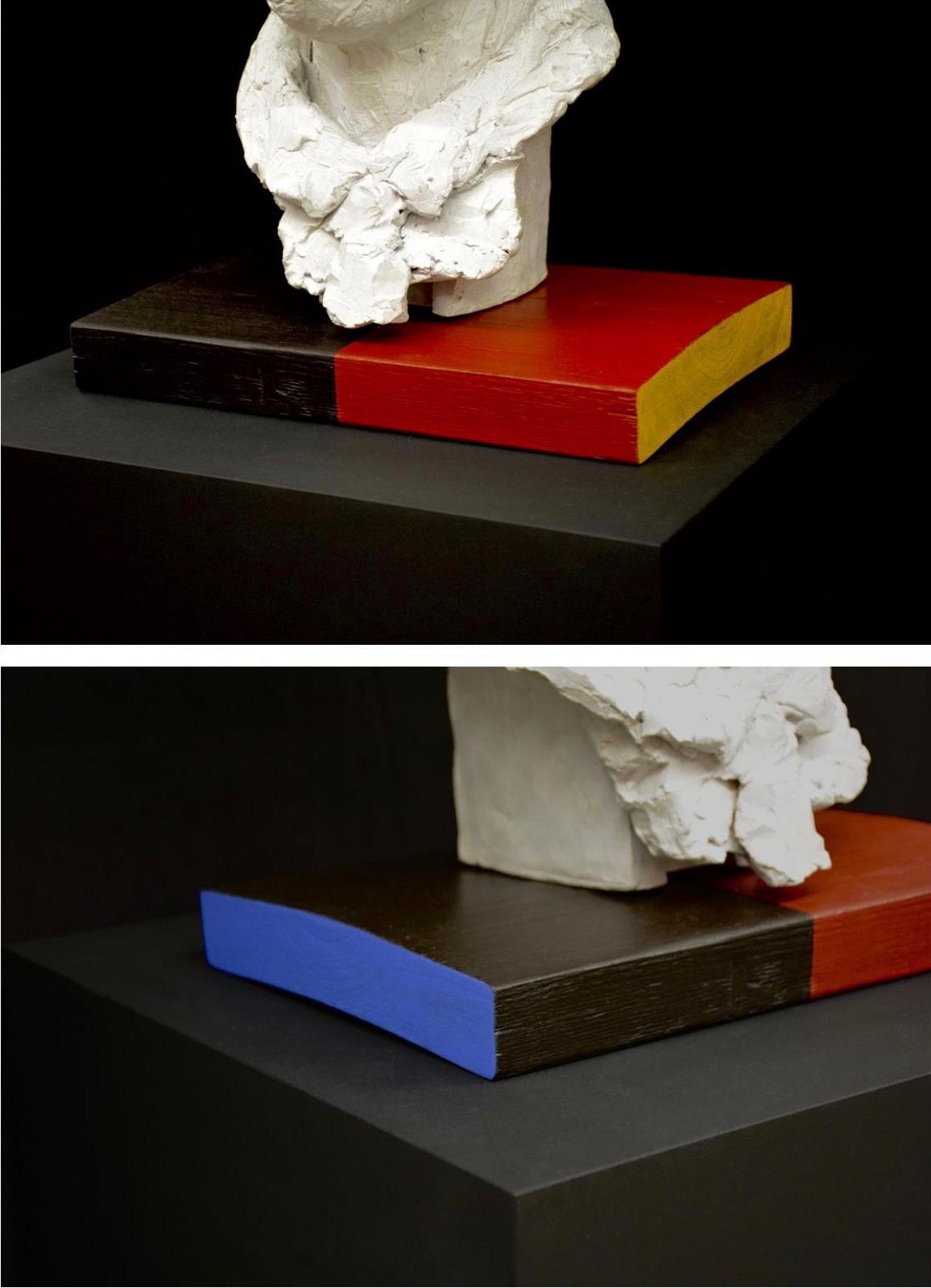 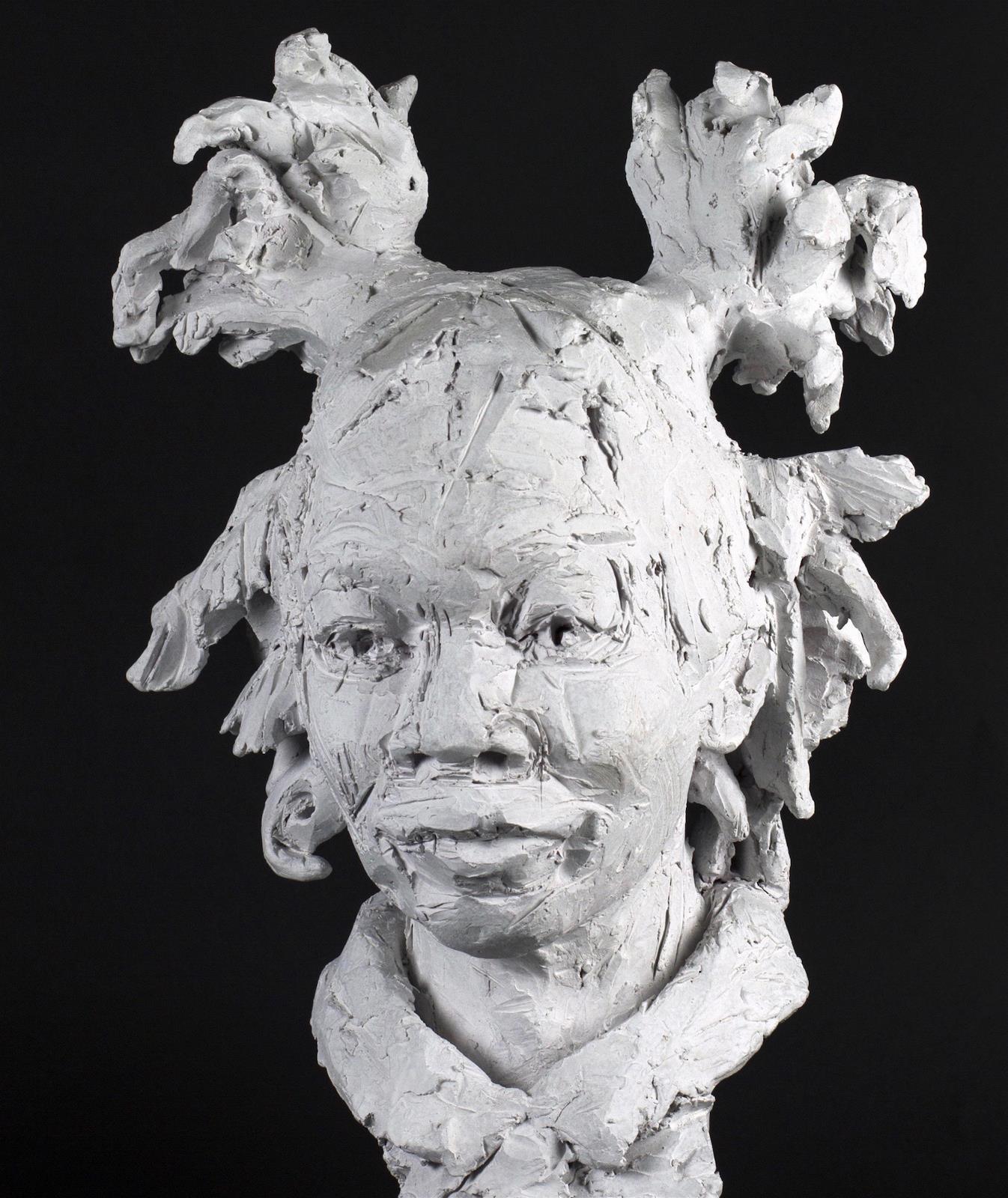 Jean-Michel Basquiat (1960-1988), a New York painter, would have turned 60 this year on 22 December 2020. The old scaffold reflects the materials Basquiat often used. Red and black are the colours of elegua, a Yoruba orisha, the trickster in the road. This reflects his Haitian and Puerto Rican heritage that Basquiat researched and incorporated in his paintings, along with his use of primary colours blue and yellow. The white patina of the bronze is purity and innocence, also celebratory for funerals and mourning. In 2018, casting the bronze and adding the scaffold, both integral to the sculpture, made it complete. The bronze cast was extremely complex to retain the fired clay, which was sculpted in 1998 when I was living in New York, cycling daily past Basquiat’s studio. It was how he looked in the prime of his career in 1982. Years of research and learning from my husband, a New York Puerto Rican, it prompts a fuller enquiry of Basquiat, still relatively unknown outside the art world.