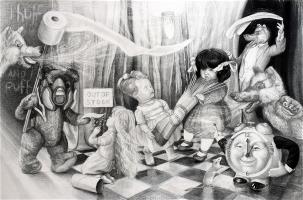 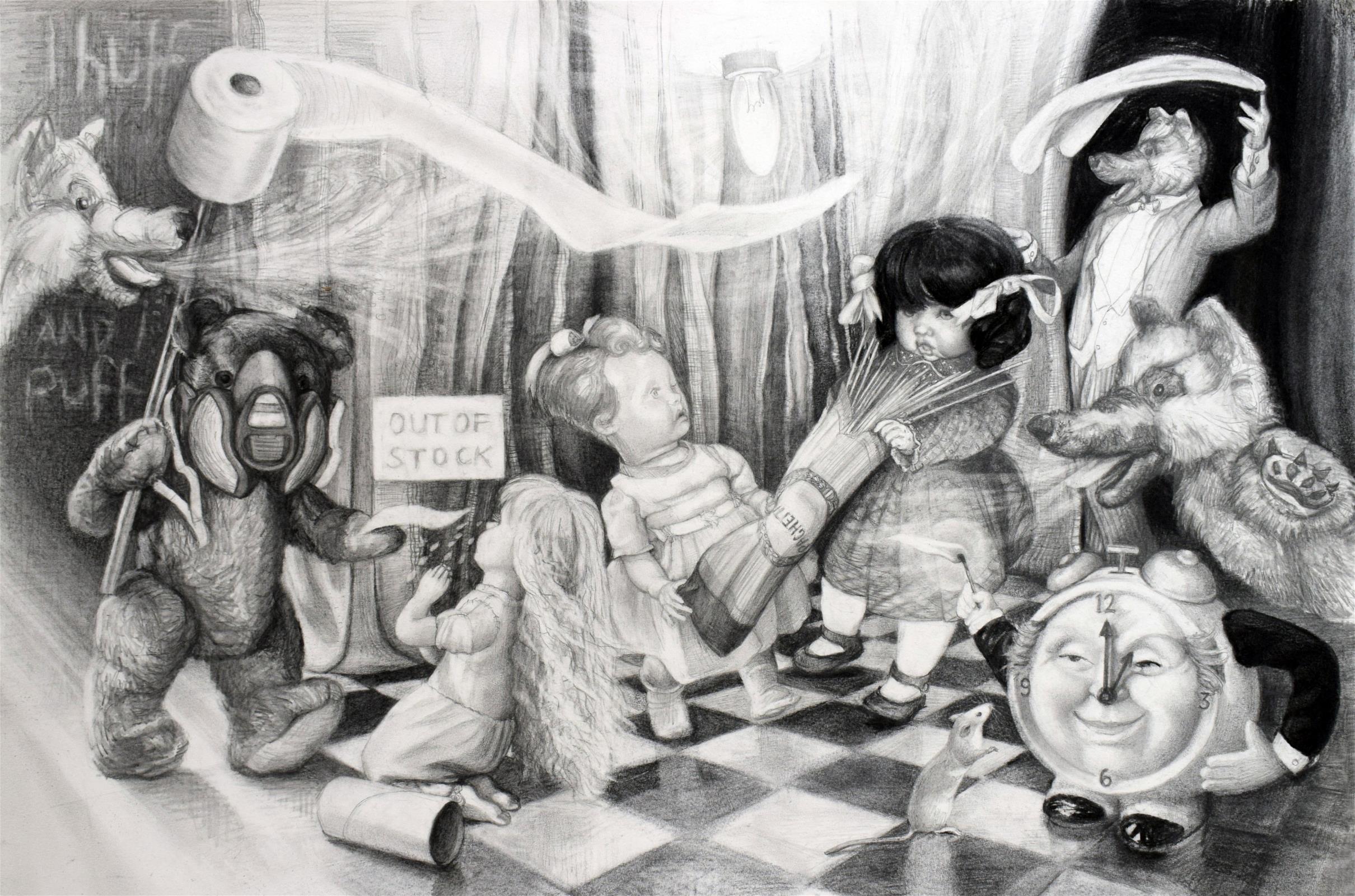 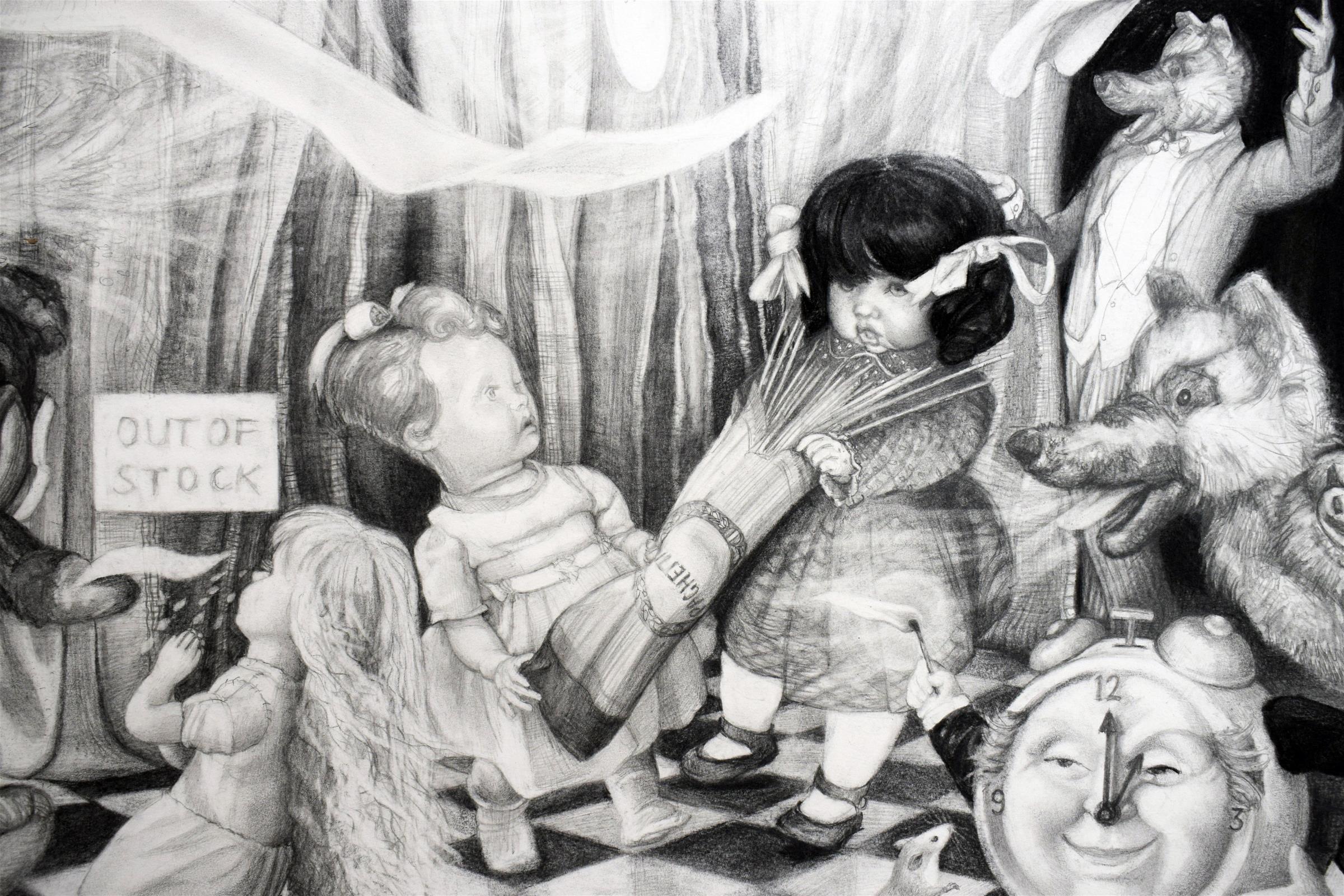 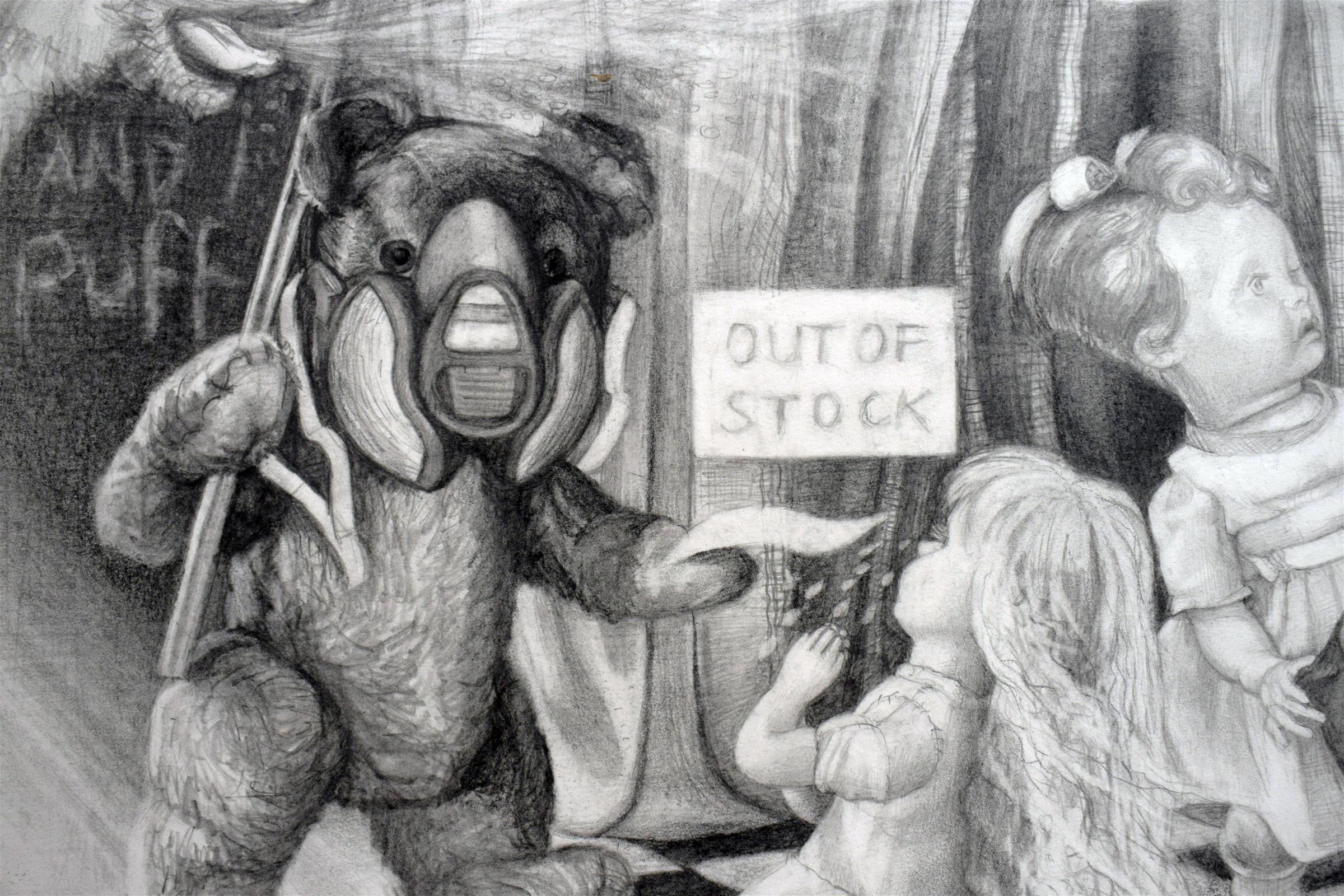 This drawing was created in direct response to the early days of the coronavirus pandemic. Just before the lockdown happened, it felt as though a madness had swept over the country. The shops were being stripped, and basic foods and supplies, such as pasta and toilet paper, were being bought up and horded by some, leaving the rest of us without these everyday staples.

My sister, a key worker in a small supermarket, told me customers were squabbling in the supermarket, as they panicked to snatch up produce. Her accounts, plus my own experience of the panic buying and empty shelves seen during this period were the catalyst for my drawing, 'What's The Time Mr. Wolf?'  In response to these events, I set up a still-life using two dolls posed as though fighting over pasta in a tug of war, surrounded by other old toys such as the teddy in the facemask. I began to draw these as a way to try and work through my incredulity at the madness which had swept over us.

As the lockdown was enforced and my children were home from school, the drawing evolved. My kids and I spent our one trip outside playing, "What's the time Mr. Wolf?" The nature of the game felt pogniant to me somehow, as though it touched apon a the nerve and drew a strange parallel to the surrealness of that time. So our games of Mr. Wolf crept into the drawing and became central to the theme. The idea of the wolf also made me think of the nursery rhyme of, 'The Three Little Pigs,' as I envisioned us, like the little pigs, trying to stay safe inside and hide, while our house was under seige by something unseen, hidden in breath itself, as imaginary wolves huffed and puffed to bring our house down.